At the level of preparative legislative work, Ms Stratinaki participated in the drafting of the founding legislation for the Hellenic Food Authority (EFET), the Law for the over-indebted households (Katseli Law), the Law for the simplification for the establishment of new businesses, the Development Law and the Law for Social Economy. She was Member of the Board at the Athens Bar Association (2008 – 2011), Member of the Scientific Committee at the Athens Bar Association, and Member at the Hellenic Society for Private International Law.

Born in Athens in 1961. Diploma in Civil Engineering, University of Patras, 1983 and Postgraduate degree (M.Sc.) at Imperial College London, 1985. Consulting Engineer and member of the Board of Directors and shareholder of the company “ROGAN AND ASSOCIATES – CONSULTING ENGINEERING ARCHITECTS”, maritime and transport infrastructure projects, 1985-1997. Executive staff of MOU SA, 1997-2001.

Director of the Managing Authority of the Operational Program of the 3rd CSF, the NSRF and the Cohesion Fund of the Ministry of Infrastructure, Transport and Networks, with responsibility for the management of the co-financed development and investment projects in the Transport sector, 2001-2011. At the same time, I taught at the NATIONAL SCHOOL OF PUBLIC ADMINISTRATION and LOCAL ADMINISTRATION operational programs’ design, Planning and Evaluation.

Head of Cabinet of the Secretary General of Public Investments and NSRF, Ministry of Development, coordination of EU programs and regular collaborations with representatives of the European Commission, 2012-2014.

Since 2014 senior advisor at the EUROPEAN INVESTMENT BANK, Bucharest, Athens, Luxembourg, Directorate of Consulting Services for technical maturity and preparation of financing investment projects and programs.

Fluent in English and French. Mother of the twins, Agamemnon and Maria-Aliki. Secretary General for Social Solidarity and Fight Against Poverty

He was born in Athens in 1975. He holds a bachelor’s degree in physiotherapy and afterwards he completed an MSc in International Medical & Crisis Management at Athens Medical School. His postgraduate thesis was specialized in homeless people and homelessness in EU Member States.

During 2004-2006 he worked as an associate at the Ministry of Health & Social Solidarity, acting as coordinator of medical and social intervention programs for vulnerable groups.

Since 2006, he has been working at the Municipality of Athens, as a responsible for the strategic planning and implementation of Volunteerism programs and social solidarity activities focusing primarily on the integration of immigrants and the elderly, while he was responsible for the operation of the first Local Migration Board.

Since July 2019, he has been appointed as Secretary General for Social Solidarity and Fight Against Poverty. Pavlina Karasiotou is an economist, graduate of the Department of International and European Economic studies of the Athens University of Economics and Βusiness. She completed her postgraduate studies in economics (MSc in Economics) at University College London and is a PhD in Economics of Universite Catholique de Louvain. The subject of her doctoral thesis is the relationship between education and the labour market.

She is an executive of the Ministry of Finance in the General Accounting Office, while in the past she has served as advisor to the Secretary General of the Ministry of Finance (2012-2014) and director of the Office of the Secretary-General for Economic Policy (2014-2015). During this period she dealt with issues of privatisations and State aid, and had an active role in the negotiations with the institutions during the second memorandum. Since 2016 she was a scientific collaborator of the MP of the New Democracy (ND) party Mr. N. Mitarakis in matters of social security in the field of work, social security and social solidarity of New Democracy. She dealt mainly with the formulation of the New Democracy proposal for the insurance, in particular with the elaboration of its economic aspects.

She has served as a representative of the Greek state in the pan-Hellenic Bank, while she is a member of the Registry of Financial Auditors and the Trainers’ Registry of the National Centre for Public Administration and Local Government. She has worked in the European Commission (CEDEFOP).

At the same time, she has numerous publications in scientific journals. She speaks English, French, Spanish and German. 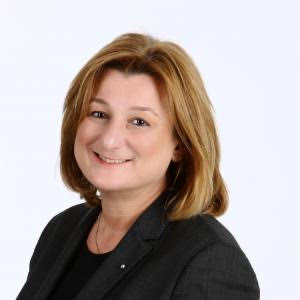 Secretary General for Demography and Family Policy and Gender Equality

Kalypso Goula is a lawyer at the Supreme Court (Areios Pagos). She was born in Thessaloniki and in 1988 she graduated from the Law School of the Aristotle University of Thessaloniki, where she completed postgraduate studies in Commercial and Economic Law.

She also speaks English and French.

From 2008 to 2011 she was a member of the Board of Directors of the Thessaloniki Bar Association.

In March 2017, she was elected President of the Municipal Council and became the first woman president in the history of the Municipality of Thessaloniki, a position she held until January 2019. In the 2019 European elections, she was a candidate for European Member of Parliament with the party of Nea Dimokratia.

From November 2019 to March 2022 was the President of the Executive Board of the Kaftanzoglio National Stadium of Thessaloniki. She has been serving in the Greek State since 1985. She was the head of different levels of organizational units, continuously from 2002 to 2020. Until February 2012 she served in the Ministry of Development and Investment in planning and monitoring development programs, design of financial management and control systems.

From 2012 to 2020, she was the head of the General Directorate of Financial Services of the Ministry of Labor and Social Affairs, coordinating the financial operation of the Ministry and its supervised entities. She participated systematically in the negotiations with the technical teams of the partners, supporting the national positions on the budgetary dimensions of the policies of the Ministry (social insurance system, system of insurance contributions, social policy, employment policies). Since March 2020, she has been appointed as Permanent Secretary of the Ministry. She has made several presentations on the subjects of her responsibility at workshops, conferences and training programs for public officials.